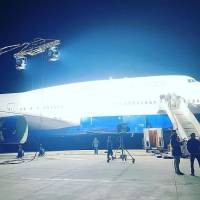 Several people are reporting on Instagram, with photos and videos, that Till Lindemann is currently filming a new video at Moscow-Domodedovo airport. The shooting will last 3 days but the plot is unknown. 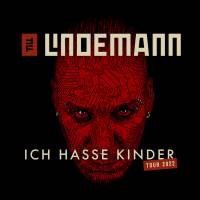 It's official: Till Lindemann will present his "Ich hasse Kinder tour" in early 2022 in Europe! The first dates have been announced, the rest will follow shortly. Till will perform with his own line-up, without Peter Tägtgren. The songs from the Lindemann project will still be on the setlist. 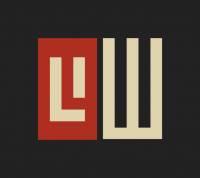 We originally created Lindemann World to gather information about the Lindemann band. Now that Till and Peter have announced the end of Lindemann and Till is continuing his projects in his own name, we have evolved the site visually and functionally.

We have created a section to explain Till's different projects. The sections "discography" and "videos" are now separated by project. We also added the lyrics of Till's recent singles.

We know more about the program of "Spasskaya Tower", the Moscow military music festival in which Till Lindemann will participate this Saturday and Sunday. Till's two performances should be identical: he will perform Любимый город ("Lubimiy Gorod"), accompanied by three orchestras: the Military Orchestra of the 154th Preobrazhensky Separate Commandant Regiment, the Exhibition Orchestra of the Russian Emergencies Ministry and the Orchestra of the Separate Operational Division of the National Guard. The orchestras will perform under the direction of Major Oleg Tyshuk.

Till's performances will be part of two 2-hour shows that will begin at 8:00 pm local time, and will be broadcasted tomorrow on the official festival website.

Till Lindemann's performance at the Maclarin Festival is officially cancelled. The organizers and Till have finally been forced to respect the anti-COVID measures imposed by the authorities.

Additionally, Anar Reiband has been released from the charges against him (see our previous post). 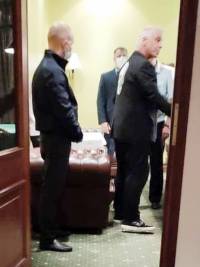 Till Lindemann's performance at the Maclarin Festival tomorrow is in jeopardy. The organizers, Till, and his agent have been worried by the Russian authorities, as reported by several local journalists.

The festival was organised without taking into account the restrictions on holding public events. The businessman Maxim Larin is also accused of making propaganda for the nationalist party "Rodina". He claimed that the festival was only "patriotically oriented", despite some advertisements mentioning the name "Maclarin for Rodina".

On Saturday night, the police searched Till's hotel room in his presence. The singer was ordered not to violate anti-COVID measures in connection with the concert. Earlier, the band Bi-2, who were to headline the festival, announced the cancellation of their concert "due to a warning about the inadmissibility of the event, received by the band from the local authorities."

Till Lindemann's agent Anar Reiband could be deported from Russia for violating migration rules. Reiband has been detained in an administrative procedure. The report states that when he crossed the Russian border, Reiband claimed to be there as a tourist, when in fact he was there to organise the concert. "The documents were sent to the court in the city of Konakovo. If the court finds Reiband guilty, he may be placed in a temporary detention centre for migrants and deported from the Russian Federation," the report concludes.

According to Maxim Larin, currently "plainclothes officers" are preventing Lindemann from holding a rehearsal: "Before entering the concert venue, the police are stopping all trucks containing the equipment".

Le jardin des larmes, the duet between Zaz and Till Lindemann, will be released on 22 October 2021 on the French singer's new album Isa, as track eleven. The limited edition contains a second disc with instrumentals and a bonus track. The vinyl formats will be available on 5 November.

The video shot in Uzbekistan is yet to be released.

On August 29th, Till Lindemann will perform at the Maclarin Festival in Tver, Russia. This will be the first time Till will perform on his own behalf.

The Maclarin Fest is organised for the 50th birthday of Maxim Larin, owner of the Afanasiy beer brand. Access is restricted to over 18s and photos and videos will be strictly prohibited. More info is available at the festival website.

Till Lindemann will perform at Spasskaya Tower, an International Military Music Festival in Moscow. He will play on Red Square on Saturday 4 September and Sunday 5 September 2021, starting at 8pm local time.

Tickets can be purchased at the official event website. 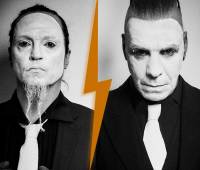 In a video interview with the podcast "I Ask No One", Peter Tägtgren talked for the first time about the reasons for his separation from Till. When asked about the 2020 tour and the often pornographic video screens, this is what Peter said:

It was very successful — definitely. It was not really my cup of tea at all, to be honest. And that's why we're not playing anymore together. So he can go on with his stuff; I go on with my stuff. To keep it very simple.